What the world thinks 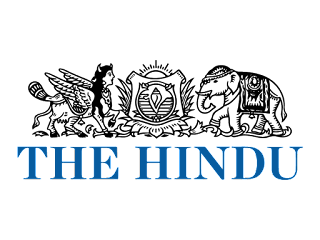 The following article originally appeared in The Hindu on March 29, 2019.

There are many ways to assess a country’s role in the world. Outcomes are one of them, including economic exchanges, political decisions, and military cooperation. Resources – whether economic, military, diplomatic, or cultural – are another. But public perceptions should not be discounted. While the attention devoted by other countries’ leaderships and the growth of the Indian economy since 1991 suggest that India’s standing in international affairs has improved, what do the public think?

On March 25, the Pew Research Center released a study of India, based on surveys conducted over the past year. Among the findings were 27 countries’ public views on India’s rise. The U.S. (40%), the U.K. (46%), France (49%), Japan (48%) and Australia (40%) thought that India played a more important role in the world compared to 10 years ago, and only a minority (4 to 17%) felt it was less important. Similar patterns were discernible in Canada, Germany, South Korea, Sweden, and the Netherlands. The perception of India as a rising power in North America, Europe, Northeast Asia, and Australia should be little surprise, given that these are the places with the most active Indian businesses, diasporas, and government-to-government relations.

On the flip side, very small numbers in Southern and Eastern Europe and Latin America perceived India playing a more important role, with respondents more likely to see India’s position declining. Only 17% in Poland, 21% in Brazil, and 14% in Mexico saw India’s role as having enhanced over the past decade. This too is not surprising. India’s presence is less likely to be felt in Latin America. Southern and Central Europe is also a more crowded space, with the U.S., the EU, Russia, and (increasingly) China jostling for influence.

Somewhere in the middle of the pack are Russia (where 22% saw India playing a more important role, and 21% less) and Africa, where the numbers are mixed in Kenya, Nigeria, and South Africa. This should be expected, given their priorities and the vector of relations with India, particularly relative to other powers.

From an Indian perspective, there are two points of concern. One is Israel, where only 27% saw India playing a more important role and 31% less. This is surprising only because that relationship has appeared to be on a positive trajectory over the past decade. Defence ties, technological relations, and political links have been consolidated. Recent years saw the first presidential and among the first prime ministerial visits by Indian and Israeli leaders to each other’s countries. India also remains a popular destination for Israeli tourists.

The other, more minor, surprise concerns South-East Asia, particularly Indonesia. That only 21% of Indonesians and 15% of Filipinos perceived India as a rising power means that India’s Act East policy remains a work in progress.