A new survey reveals what India’s strategic community thinks about Pakistan, China and US 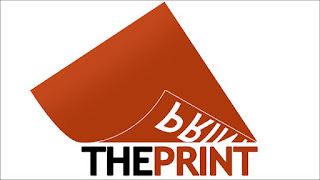 The following article originally appeared in The Print on March 8, 2019.

It is commonplace for foreign officials, journalists, and academics to visit India for a few days, meet with a handful of Indian policymakers, and try to derive from these conversations a sense of Indian views on contemporary international affairs. The end result is often impressionistic, and the conclusions drawn can be misleading. Indian commentators are often guilty of the same phenomenon, frequently projecting an imagined Indian consensus around a certain issue when one may not exist.

In the Survey of India’s Strategic Community, undertaken in December last year, 127 members of India’s strategic community – ranging from current and former politicians, bureaucrats, diplomats, military officers, and spies to members of the media, scholarly and business communities – anonymously answered questions related to India’s relations with the United States, China, Pakistan, Russia, and West Asia, as well as strategic challenges and policy priorities.

The results reflected some clear areas of consensus. Domestically, respondents perceived inequality and lack of opportunity (42 per cent) and the absence of education, skills, and employment (29 per cent) to be India’s biggest challenges. These economic issues overshadowed matters of governance and security, such as sectarianism and identity politics (11 per cent), law and justice (6 per cent), and separatism and insurgencies (3 per cent). Addressing these economic challenges, it was believed, would require sourcing investment and financing (31 per cent), technology (29 per cent) and education and skills (11 per cent) from abroad.

Externally, China’s assertiveness (54 per cent) was widely seen as the biggest challenge facing India, ahead of cyber and new military technologies (14 per cent), economic protectionism (12 per cent), and state-backed terrorism from Pakistan (11 per cent). The boundary dispute and China’s ties with Pakistan were perceived to be the main causes of difference between New Delhi and Beijing, rather than trade and economic ties. Seventy-three per cent believed that the China Pakistan Economic Corridor (CPEC) constituted a major security challenge for India, while 63 per cent worried about Chinese investment in Sri Lanka and the Maldives. However, relatively few Indians believed that China would dominate the world (6 per cent) by 2035 and only 5 per cent thought that India would next use overseas military force in a limited conflict with China.

Finally, the Indo-Pacific (74 per cent) – with an emphasis on the maritime domain, and collaboration with the United States, Japan, Southeast Asia, and Australia – was seen as the best definition of India’s extended region, over the Asia-Pacific (17 per cent), Asia (8 per cent), and Eurasia (1 per cent). This is reinforced by the fact that 74 per cent saw Southeast Asia as a very important region for Indian interests (the highest outside South Asia), and eastward-leaning institutions such as the East Asia Summit and ASEAN (73 per cent) and BIMSTEC (61 per cent) featured prominently among institutional priorities. Further consistency could be seen in policy areas, where cross-border connectivity (52 per cent) and naval and maritime capabilities (49 per cent) were perceived to be top priorities.

But despite these areas of broad consensus, there were also important differences reflected in the survey. When asked about whether India should contain or isolate Pakistan’s military, civilian government, and civil society, or engage these actors, opinion was divided. While a majority (87 per cent) favoured engagement with Pakistani civil society, a majority (54 per cent) also favoured containing or isolating the military. Similar differences emerged over West Asia, with large numbers identifying Israel (31 per cent), the UAE (31 per cent), Iran (18 per cent), and Saudi Arabia (13 per cent) as India’s most important partners in the region.

Other differences were apparent. Decision-makers – those who currently or formerly served in politics, the civil services, or the military – tended to be slightly more in favour of military interventionism, containing or isolating Pakistan, seeking technology from abroad over investment, and investing in Indian military rather than diplomatic capabilities. Generational divides also made themselves felt: those over 60 placed a greater emphasis on the United Nations, those between 40 and 60 were more in favour of trade and the partnership with the United States, and those under 40 expressed greater interest in Europe and the Indo-Pacific.

Overall, the strategic community reflected somewhat similar views to the Indian public, when compared to a 2017 survey that asked questions of average Indians. The public too saw the US as India’s most important partner (53 per cent), followed by Russia, Japan and China. The Indian public was also more supportive of closer collaboration with the United States (48 per cent), but also saw China as less of a challenge, with 14 per cent in favour of greater collaboration with Beijing in the event of great Sino-American competition. And while the questions posed were different, there are suggestions that the Indian public is overwhelmingly more critical of Pakistan than India’s strategic community.

This is just the beginning of an attempt at systematically understanding how the Indian foreign policy and security community perceives developments in international affairs. A wider or more detailed study conducted on an annual basis would provide a more accurate reflection of Indian strategic perspectives, as well as changes over time.