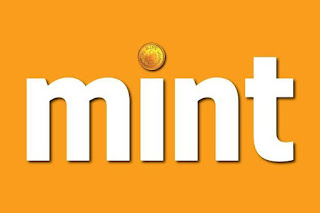 The following article originally appeared in Mint on January 20, 2017.


With Donald Trump taking over as US President from Barack Obama, what legacy does he inherit? How could the change in administration in Washington affect India, directly or indirectly?

Immigration: Trump campaigned on anti-immigration sentiment, but sometimes tried to make an exception for high-skilled immigration, which includes the H-1B visa programme that benefits Indian IT professionals. There is also considerable hostility to H-1Bs in the US Congress, among both Republicans and Democrats. On the other hand, Indian companies and Silicon Valley will continue to lobby in favour of the programme at the current level. We might see a moderate scaling back of high-skilled immigration under Trump.

Investment: Trump’s ‘America First’ economic approach, which has included using social media to call out major US multinationals that were planning on taking manufacturing abroad, will conflict directly with Modi’s ‘Make in India’ campaign. We may see some companies becoming reluctant to move operations overseas, particularly manufacturing. But several multinationals, particularly in services, have already made plans to expand their Indian operations significantly. We can expect this to become a sore point, but not necessarily an unmanageable one.

Defence trade: This is an area that has seen a significant expansion over the past few years. While defence technology transfers may become more difficult, or at least a lower priority with the departure of secretary of defence Ashton Carter, the new administration should have no problem with India buying American arms off the shelf. While potentially useful in some areas, this will complicate India’s quest for defence technological self-sufficiency.

Afghanistan and Pakistan: Afghanistan received surprisingly little attention during Trump’s campaign and his Pakistan policy remains somewhat uncertain. While Trump and his advisors have promised to take a tougher approach to terrorism and have been critical of Pakistan’s double-dealing, the amount of attention and resources they would be willing to devote to the continuing Afghan War is uncertain.

China: Trump has promised a more confrontational diplomatic and military approach to China, while scaling back economic involvement in the region, including the Trans-Pacific Partnership that excluded both China and India. These steps will not be wholly unwelcome in New Delhi, but an unmanageable military or economic conflict between Beijing and Washington would benefit no one, and certainly not India.

The Indian Ocean: The Indian Ocean is becoming more contested, and while the US does have a permanent presence, there remain opportunities for India to play a bigger role. If India is able to sell itself as a country willing to share the burden of maritime security, that should resonate well with the new White House, just as it did with the old one.

Iran: The Iran nuclear agreement was one of Obama’s biggest breakthroughs, and one New Delhi welcomed. It enabled the lifting of international sanctions against Tehran, allowing India to access Iran’s energy resources and resume its investments in the Chabahar port project.

While Trump has spoken of walking back on the Iran deal, it is unlikely to make much of a difference for India. Other actors—notably Europe—will probably not follow suit in imposing sanctions on Iran if Tehran has not violated the deal. This would alleviate pressure on India to follow suit.

Climate Change: In contrast with the Obama administration, climate change is unlikely to be a high American priority under Trump. But a decrease in government-to-government cooperation does not necessarily prevent India from securing cooperation and technology transfers from the US private sector on renewables.

Terrorism: Trump has talked tough on terror. One of the biggest developments in India-US relations since the 2008 Mumbai attacks has been deeper counter-terrorism cooperation. We can expect this to continue, and intensify.

Global governance: Multilateral affairs and changes to global governance, whether at the UN or non-proliferation regimes, are unlikely to be high priorities under Trump. India had a window of opportunity to gain membership to the Nuclear Suppliers Group at the tail end of the Obama years, but it will now have to wait a few years more.