With Trump’s Victory, American Exceptionalism Came To An End 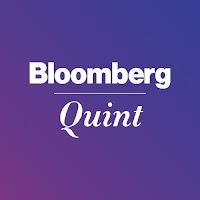 The following article originally appeared in BloombergQuint on November 9, 2016.

Fifteen years ago, I came to the United States as an undergraduate student. A few weeks after my arrival, I watched the World Trade Center’s twin towers collapse live on television from my dormitory in Minnesota. Two years after that, stuck in a snowstorm in Colorado, I watched America plunge headfirst into a war in Iraq.

At the time, the U.S. and foreign media media gave the impression of a country riven by paranoia – a suspicious, xenophobic, and uneducated United States. The stereotype of the ugly American gained ground around the world. And certainly there were incidents – Guantanamo, Abu Ghraib, sporadic hate crimes – that seemed to justify such views.

But none of that characterised the America I experienced over many years in the 2000s. In small towns in Wisconsin and Iowa – in states that voted decisively for Donald Trump – I interacted with kind, industrious people, many of them genuinely curious about the world. These were people who learned foreign languages, who volunteered for the Peace Corps, who hosted overseas exchange students, or whose small businesses traded abroad. Many were proud of their immigrant heritage –German, Norwegian, Irish, Polish, and so forth. These were the kind of people who formed the bedrock of American civil society, modern analogues of those famously captured by the French visitor Alexis de Tocqueville 175 years ago.

A Not-So-Brave New World?
Over the subsequent years, America changed. And, at odds with larger narratives, it changed largely for the better. Despite a massive financial crisis in 2008, the economy recovered rather well. The United States remains at the forefront of the world’s cutting-edge industries. Its universities are still unrivalled. American society also became more tolerant. Despite the worst terrorist attack in its history, the United States remained open to immigration. The public appetite for blatant bigotry diminished. An African-American could, in fact, inhabit the White House. Homophobia, misogyny, and racism were no longer publicly excusable. And certainly, those who held such views were marginalised.

Or so we thought. It is impossible to capture all the ways in which the election of Donald Trump reverses these trends. But it would be wrong to lay all responsibility at Trump’s feet.
About 14 million voters were needed for him to win the Republican nomination. That could still be considered a fringe in a country of over 300 million. But almost 60 million people – one in five Americans – cast a ballot for him this week. That represents a clear public endorsement. It is also a firm repudiation of many things the United States has come to stand for over the last 71 years.

A Setback For America?
Forget for a moment that Trump is completely unpredictable in his statements, uncertain in his views, and unprepared on policy matters. Forget also that his personal credibility as a successful businessman and philanthropist does not survive basic scrutiny. Two big – indeed, yuge – concerns remain. Both strike at the heart of what has made America exceptional.

The first is Trump’s complete refutation of the broad and mostly bipartisan political consensus around capitalism, globalisation, and democratic internationalism. Each of these underlying principles of American policy should certainly be scrutinised and even criticised, and they have been. But equally, coherent and sound arguments could be found in their favour. Trump’s alternatives to this consensus are, however, dangerously simple. He has called for a trade war with China. He has threatened to abrogate U.S. alliances. He has promised to close the door to immigrants. And yet the details on every policy front remain hazy. That alone ought to concern markets and leaders, across the world and in the United States. You can’t Make America Great Again without a plan.

The second issue is equally concerning: Trump’s embrace or tolerance of blatant misogyny and racism. It is quite possible that a good many voters could not bring themselves to vote for Hillary Clinton because – horror of horrors – she was a woman (‘lack of personal appeal’ was, let’s face it, simply a poorly-disguised by-phrase). Many female voters, hoping that this would be their moment, are undoubtedly disappointed. But beyond that, we may now witness a period of true danger for American minorities – blacks, Latinos, even Asians. Some of Trump’s supporters – even if they remain a fringe – will certainly feel empowered, interpreting his mandate as a call for cultural revolution.

The very hate crimes that were once rare, episodic, and roundly condemned could now become frequent, widespread, and justified away. We can only hope that no Indians, neither non-resident Indian citizens nor Americans of Indian origin, find themselves at the receiving end.

Apologists may find ways to normalise Trump’s victory. His is an authentic voice of the people, they will argue. He will bring an end to many years of American adventurism and folly. But it will be hard to normalise a normal, unexceptional America. The world will be far worse for it.

Democracy has its critics. It can be slow and cumbersome, even in doing things that are unquestionably noble and beneficial. But it can also frustrate the worst impulses and worst ideas of a leader or electorate. American exceptionalism has faced the biggest setback of our lifetimes. But American institutions are too strong to ensure that that the end is irreversible.
Categories: Other Publications
Newer Post Older Post Home