Donald Trump as US President: For India, it's opportunistic, but concerns remain over his Asian policy 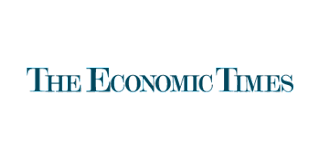 The following article originally appeared in The Economic Times magazine on November 13, 2016.

With the election of Donald Trump, we have seen the biggest shock to US politics in 70 years. Trump was given only a slim chance of victory. He had no previous experience as a public servant and few detailed policy positions. His nomination by the Republican Party came against the preferences of American big business. He alienated most leaders of his own party by making outrageous statements about minorities and women. And he had paid little attention to political organisation and had not performed particularly well in the presidential debates.

And yet, somehow, he pulled off an improbable victory, with wins in the states of Pennsylvania, Wisconsin and Michigan proving decisive. His victory has exposed deep divisions in American society, galvanised anti-establishment sentiments and injected a great deal of policy uncertainty at home and abroad. But Trump was remarkably consistent in his message. On the campaign trail, he focused primarily on domestic issues: jobs, healthcare, immigration and terrorism. Anti-globalisation feelings — a general retreat of America from international affairs — may be here to stay. So will strains of xenophobia, which should not be overlooked.

What does this now mean for India and the rest of the world? Trump has actually been consistent on a few points of foreign policy, including well before his run for the presidency. He believes, for example, that US allies — including in Western Europe and East Asia — need to pay more to preserve a US military presence in their regions.  "It is time for us to end our vast deficits by making Japan and others who can afford it pay," he wrote as far back as 1987.

He has promised to defeat the Islamic State, but has also talked tough about China. "Despite all the happy talk in Washington, the Chinese leaders are not our friends," he wrote in 2011. "I’ve been criticised for calling them our enemy. But what else do you call the people who are destroying your children’s and grandchildren’s future?"

More recently, some of his foreign policy advisors have promised a stronger military presence in Asia but a drawdown in US trade with the region. There are questions about a Trump administration’s ability to see such policies through, given budgetary and bureaucratic constraints.

Much will also depend on who occupies the relevant positions in the US government in his administration. For India, there are naturally opportunities in Trump’s election. On the plus side, India would benefit from a possible thaw in relations between Washington and Moscow. A continued commitment to a US military presence in Asia would also be welcome. A strong US counter-terrorism policy, should it be tied to a crackdown on global networks, could also advance India’s objectives.

And the likely suspension of the recently concluded mega-trade agreement — the Trans-Pacific Partnership (TPP) — offers India breathing room on trade.

But there are also possible downsides. There is some concern that a Trump administration may become embroiled in a trade and currency war with China — a race to the bottom that will also severely affect India. As long as there is uncertainty, India will have to move quickly to further diversify its military partnerships in the region, including with Japan and Australia. A Trump administration may also be unwilling or unable to distinguish between low- and high-skilled immigration to the US, which may have important consequences for the Indian services sector.

Much has been made of Trump’s possible Pakistan policy, but on this front he has articulated mixed messages. He has said that he would keep aid to Pakistan steady, and that countries like India should pitch in (presumably to help stabilise Pakistan). Rather surprisingly, Afghanistan barely featured in the election campaign. On both countries, Trump’s policies will probably clarify further upon receiving intelligence briefings over the coming weeks, much as Barack Obama’s did when he first assumed office in 2008. Ultimately, India is perhaps the major country that will be least affected by a Trump presidency.

India is not economically or commercially dependent on the US, nor is it a military ally. However, India is certainly in a position to proactively shape the new administration’s policies. The Modi government had prudently reached out to members of Trump’s team over the course of the campaign during the past several months. India Inc will be keen to remind Washington of its contributions to the high-technology sector and the fact that Indian businesses actually create jobs in the US.

Similarly, the Indian government will be eager to remind a Trump administration about the common threat of transnational terrorism. Instability and uncertainty are never preferable in international affairs; but in every period of upheaval there are opportunities for progress.
Categories: Economic Times
Newer Post Older Post Home