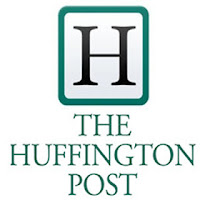 The following article originally appeared in the Huffington Post India on December 26, 2015.

Indian Prime Minister Narendra Modi's brief stopover in Lahore--to visit his counterpart Nawaz Sharif on his birthday and the occasion of his granddaughter's wedding--came as a complete surprise to observers in both countries. A lot of speculation has followed about the circumstances and implications of the visit, much of it uninformed if not completely erroneous. Despite being the first visit by an Indian Prime Minister to Pakistan in almost 12 years, the meeting's full significance will only make itself known in due course. But a few points are worth considering.

First, by meeting without advance public notice, Modi and Sharif have effectively de-linked India-Pakistan engagement from the pressures of domestic political opposition and the media. The almost farcical circumstances surrounding the cancellation of talks between India and Pakistan's National Security Advisors (NSAs) in Delhi earlier this year demonstrated the extent to which the two countries' media--rather than the leadership--were determining the pace and nature of diplomatic engagement. This was clearly unhelpful and unproductive.

Precedents for less formal and less scripted meetings were partially set by the prime ministers in Paris and by the NSAs in Bangkok. But in Lahore, Modi and Sharif effectively set a new standard for meeting on their own terms--not anyone else's.
Second, the apparent spontaneity of Modi's stopover in Pakistan is also an attempt to create a new normal in India's regional engagement, something the prime minister attempted when he invited the leaders of eight South Asian countries to his inauguration ceremony in May 2014. If he is to be serious about regional integration, Modi's conviction is that he must make meetings with leaders in his neighbourhood more routine.

India-Pakistan (or, for that matter, India-Bangladesh or India-Nepal) summits must begin to resemble meetings between, say, two European or two Southeast Asian leaders, barely making news even in their home countries rather than being intensely debated or held hostage to domestic pressure groups. This, Modi seems to believe, is the only way forward for the region as a whole.

Third, before the 'Aman ki Asha' brigade becomes too euphoric, the meeting in Lahore should not be misinterpreted as a radical change in India's Pakistan policy. Nor does it mean, as some critics are suggesting, that India is somehow dropping its guard or ignoring the threat of terrorism emanating from Pakistan.

The Indian government has repeatedly made it clear that attempts at derailing normalized relations--whether or not supported by a "meddling" Pakistani military--will be met with appropriate retaliatory measures. All too often over the past year-and-a-half, India's twin-track approach to Pakistan--developed after a steep one-year learning curve--has been mistaken for policy schizophrenia. Modi's visit on December 25 rather nicely complements, rather than contradicts, measures taken in the past (and possibly again in the future) to deter and dissuade destabilizing activities by terrorist and insurgent actors and Pakistan's security forces.

Overall, after some dramatic ups and downs in India-Pakistan relations, both sides can be content to have ended the year on a high note.